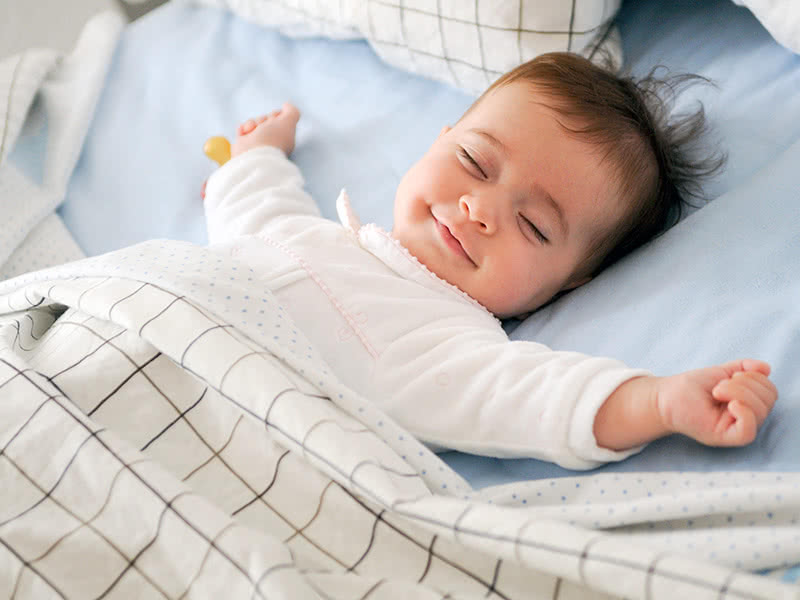 There are two main categories of safety considerations that parents should take into account when buying a baby monitor:

In this article, we will focus on the health safety aspect of a video monitor for your baby. We recommend that you also read our post on the potential hacking problems with some baby monitors to protect yourself against potential privacy intrusion.

As parents, it’s important to consider the potential dangers that some wireless baby monitors may pose to your baby’s health. Baby monitors and monitoring systems can be incredibly helpful to keep a watchful eye on your child and detect potential Sudden Infant Death Syndrome (SIDS). But the more features you include in your baby monitor, the higher the level of radiation your child will be exposed to.

This is why we recommend that, before purchasing your first baby monitor, you carefully consider the features that you truly require and look beyond the marketing lingo to decide what’s best for you and your baby. Some models might indeed broadcast concerning levels of radiation that could prove harmful to your baby over time.

Because the health and safety of your child are paramount, we include a health score in our in-depth reviews of the best baby monitors to help you decide which monitor model is best for you and your child.

Can baby monitors cause health problems for babies?

The International Agency for Research on Cancer (IARC), an organization that is part of the World Health Organization (WHO), declared in 2011 that all radio frequencies are a possible cause of cancer.

Most modern baby monitors use DECT or FHSS technologies that operate on frequencies ranging from 1.89 GHz to 2.4 GHz. These are the same electromagnetic frequencies (EMF) that microwaves and WiFi routers use and there are concerns about the high levels of radiation that these devices are emitting.

Baby monitors with an ongoing video signal, in particular, operate by constantly emitting strong bursts of microwave radiation when powered on. These bursts can take place up to 100 times per second, even when placed in standby mode.

What are the dangers and health side effects of baby monitors?

A baby’s skull is thinner to allow its continued growth and the development of the brain until about the age of 20 when they are considered to be fully developed. Hence, a child’s brain is very sensitive to the effects of electromagnetic radiation during these formative years.

The image below illustrates how electromagnetic radiation is absorbed in a child’s head versus a 10-year-old and an adult when placed next to a mobile phone.

As a baby’s brain is developing very rapidly, even small exposures to electromagnetic frequencies can have significant long-term impacts. Some of the possible dangers and side effects of exposure to elevated levels of electromagnetic radiation include:

These side effects are amplified for babies whose brain and body are rapidly developing.

A 2012 study by Dr. Andrew Goldsworthy, a former lecturer at Imperial College London, found that there has been a 60-fold increase in autistic spectrum disorders (ASD) in recent years. This increase, according to the study, can only be explained by changes in our environment.

Because mobile phones, WiFi routers and low-frequency fields from domestic appliances are increasingly present in our lives, we are now more exposed to electromagnetic radiation than ever before.

It is thus important to holistically consider the environment in which you will place your baby monitor.

How can you protect your child from baby monitor radiation?

There are two important factors that can reduce the risks caused by the high level of radiation emitted by baby monitors:

Try to opt for a baby monitor that emits only on low-band frequencies (35 to 50 MHz). These low-frequency monitors use analog frequency modulation (like an FM radio) that does not pulse with bursts of radiation.

But, there’s a trade-off. The lower emission monitors are safer, but their signal quality is also lower, which can cause a few issues, namely:

The good news is that some of the latest digital baby monitor models now allow you to switch from low-frequency audio to high-frequency video depending on your needs of the moment and can be voice-activated so you only use the higher frequency when needed. See our review of the Eufy SpaceView for example.

See our article on the best place to install your baby monitor for more tips.

Well, to be completely safe you would need to only rely on your own eyes and ears, while also shielding your child away from every other radio and electromagnetic frequencies in your environment. No more WiFi, cell phone, or microwave.

But that’s not very practical. And for most parents, a baby monitor will be incredibly helpful to keep a watchful eye on their child while taking care of other things around the house.

If you are concerned and want the lowest level of interference possible, you should explore low-emission baby monitor models. These monitors come in two categories:

Bottom line: Opt for the lowest emission possible with the features you need

Because your baby’s health is paramount, you should buy a baby monitor that provides you with the essential features that you require at the lowest frequency level possible.

If you have serious concerns that your child might be affected by a possible Sudden Infant Death Syndrome or other similar conditions, you should speak to your doctor but a baby monitor model that tracks heartbeat and breathing is probably desired (see the Nanit Plus monitoring system or the Owlet Smart Sock + Cam for example).

Otherwise, consider the distance of your child’s bedroom from where you’ll often be when using your baby monitor. Are there several walls? Does the signal need to be powerful? If not, opt for a lower-emission model instead.

You need to be careful when selecting your baby monitor, as low-frequency monitors can sometimes trade-off safety for signal quality. And a monitor that doesn’t provide you with an audio or video feed is useless.

Voice-activated baby monitors can provide the best of both worlds. Their default mode should be at a low frequency to only transmit audio, but then automatically switch to a video feed if your baby starts crying.

These models greatly reduce unnecessary constant exposure to electromagnetic radiation. However, not all voice-activated models are alike. Some models completely turn off their high frequency, while others just cut the background noise while still transmitting high radio frequencies.

What does it mean that the transmitter must not be co-located with another wireless device?

You’ll see in most baby monitor manufacturer’s user manuals that the monitor should not be co-located with another wireless device. This means that you should not place a WiFi router, for example, in close distance from the monitor.

When testing for the level of electromagnetic radiation emitted from a monitor, experts measure them in isolation. Taken alone, most baby monitors are relatively safe as long as you respect the other health and safety recommendations. But if you have other devices that are also emitting electromagnetic frequencies, the radiation limit could exceed the recommended limit as they will be absorbed cumulatively by your child.

WHAT WE ARE LOVING NOW

What are you looking for?

The information contained on this website, including, but not limited to, health recommendations, product suggestions, or dietary information, is merely the opinion of Baby Gear Essentials and should not be used as a substitute for informed medical or nutritional advice. For a full list of disclaimers please review our Terms of Use.

Crafted with ❤ BY OUR TEAM FOR YOU AND YOUR FAMILY